To say the least, the two civilizations were not on equal footing. The rise of the Caliphate was truly an impressive historical achievement for the Arabs, the fact they created a long lasting Empire so fast. Even though circumstances and timing following the last Byzantine-Persian war of 602-628 greatly aided them, it defies logic they were able to seize half of the Roman Empire and all of the Sassanid Empire. However, taking Constantinople would prove much harder than conquering Egypt, North Africa, Palestine, and Syria.

The Western Roman Empire fell in 476, but the Eastern Roman or “Byzantine” Empire survived until 1453. The Arab campaign to besiege Constantinople in 717-718 is an example of the resilience of the Eastern Romans, and in particular their capital city. After a period of instability in the Caliphate following the failed siege of 674-678, the Arabs reemerged as the conclusively dominant power, and tried once more to topple the Roman Empire by attempting to take Constantinople in the climactic battle of the Byzantine-Arab wars. The Byzantines had two unique advantages, the Theodosian walls of Constantinople and Greek fire, and these factors were crucial in keeping the Byzantines, under the steady leadership of emperor Leo III, from collapsing under the immense weight of military pressure from the Umayyad caliphate. The fall of Constantinople would have required a successful attack by land and sea, and the Arabs were ultimately unable to execute their plan, as well as being somewhat unlucky in being struck by disease and natural forces.

In my own estimation, the Arab Siege of 717 was the most important battle in the entire Medieval period. Arguably, had the Romans been subjugated and extinguished, the Islamification of Europe was on the table. I do not think the Franks could have withstood the full might of the Caliphate, as they had no Constantinople to fall back to. I am not writing this from a point of view of Islamophobia, however had it happened it would have been historically significant and altered world history rather significantly. I think most can agree it was at least an extremely important battle that allowed the Roman Empire to continue to exist.

On a side note this was actually around the mid-point of Roman imperial history. The Roman Empire was established by Augustus in 27BC, and lasted until 1453AD. That is an astonishing 1480 years, half of which is 740. Account for the BC vs AD math, and the halfway point was 713AD. Needless to say, it was quite a midlife crisis for the Romans! Anyway, back to the history. Below are some maps so you can get a visual feel for the scale and geography of the two opponents.

Understanding the 717 siege and the Arab defeat requires understanding of the strategic situation of Constantinople, where the titanic struggle took place. The walls of Constantinople were the most impressive fortifications of any metropolis from antiquity or the medieval period, with its defenses playing a crucial role in the Arab sieges, and indeed any siege of Constantinople. This was not a place you wanted to attack!

The walls were built in late antiquity by Roman emperor Theodosius II in 423AD, designed by an architect named Anthemius to expand the city outside the original walls built by Constantine the Great. The city was geographically gifted in a way which posed a general a logistical nightmare to plan a siege: a peninsular city which was surrounded by sea walls, the only land approach was the massive triple-walled fortifications of the Theodosian walls, complete with 192 towers and a very large moat. First there was a terrace wall which held the moat in place. Then the smaller but still impressive outer wall was up to 27 feet high in places, and separated by 50-64 feet. While the larger inner wall was 40 feet above the level of the city. The moat was 61 feet wide and over 20 feet deep, with a 61 foot terrace between the outer wall and the moat to further distance attacking army. The distance between the walls and moats made it very hard for enemy soldiers to get close to the main and strongest interior wall.

There is a unique segment of the wall that was built later known as the Blachernae section built in 627 in the aftermath of an Avar raid. The Blachernae section was where a suburb outside the Theodosian walls was incorporated into the city with a new wall, because it contained a church holy to the Byzantines. The walls of Blachernae were a relative weak point in the defenses, and were where the crusaders of the infamous Fourth Crusade focused their attacks in 1204 though they were built differently than in 717. However, despite some breaches it was the sea walls near Blachernae in the Golden Horn which ultimately allowed Crusaders to enter the city. This is a perfect example of why the naval component of the battle was so crucial in 717. Defending the Golden Horn harbor, a giant chain could be stretched from the Galata suburb across the Golden Horn to Constantinople to keep out enemy ships, which was first mentioned in connection to the Arab siege of 717-18.

The defenses of the Roman capital were in fact so important, that one third of the land tax income from the city of Constantinople was spent to maintain the walls, and the survival of the city depended on it during many battles, but arguably none less than in the Arab siege of 717-18. The city, being on a peninsula, could only be attacked by land from one way, which being immensely fortified, was not a feasible undertaking for an attacker. These fortifications played a major role in the Byzantine victory during the siege of 717-18 by deterring the extremely large Arab army from even attempting to attack the city directly by land, which moved the importance of the battle to sea, where Greek fire gave the Byzantines the advantage.

The Arab Campaign IN ANATOLIA:

Though the Arab navy was massive, they still needed to march much of their army across Anatolia to get to Constantinople. They needed to cause widespread devastation, prevent supplies from going to Constantinople as much as possible, occupy the Thematic armies to prevent reinforcements, and to begin the conquest of Anatolia.

Salvation and Survival for the Romans:

J. Haldon, D. Nicolle, S. Turner. The Fall of Constantinople: The Ottoman Conquest of Byzantium. (New York: Osprey Publishing, 2007). Most of the information on the defenses was found in the book, which really is about much more than 1453. I highly recommend this work.

Warren Treadgold: A History of Byzantine State and Society. A free PDF of this book can be found online actually at this link, it is a lovely work! Not a short read though. https://smerdaleos.files.wordpress.com/2014/09/warren-treadgold-a-history-of-byzantine-state-and-society.pdf

THE WORLD OF BYZANTIUM

A Street In Constantinople – By Raphtor 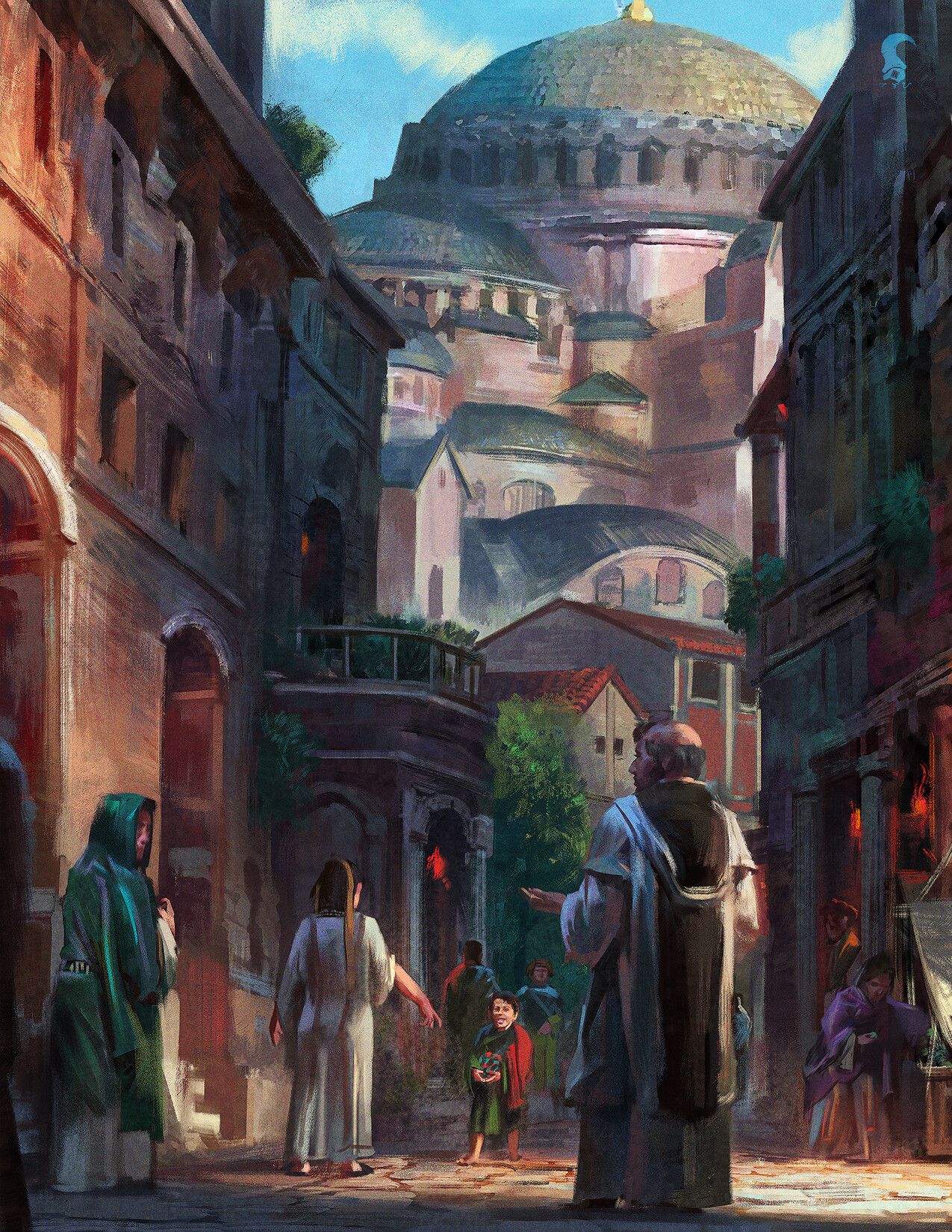 Theophano: A Byzantine Tale – a Graphic novel you should buy! 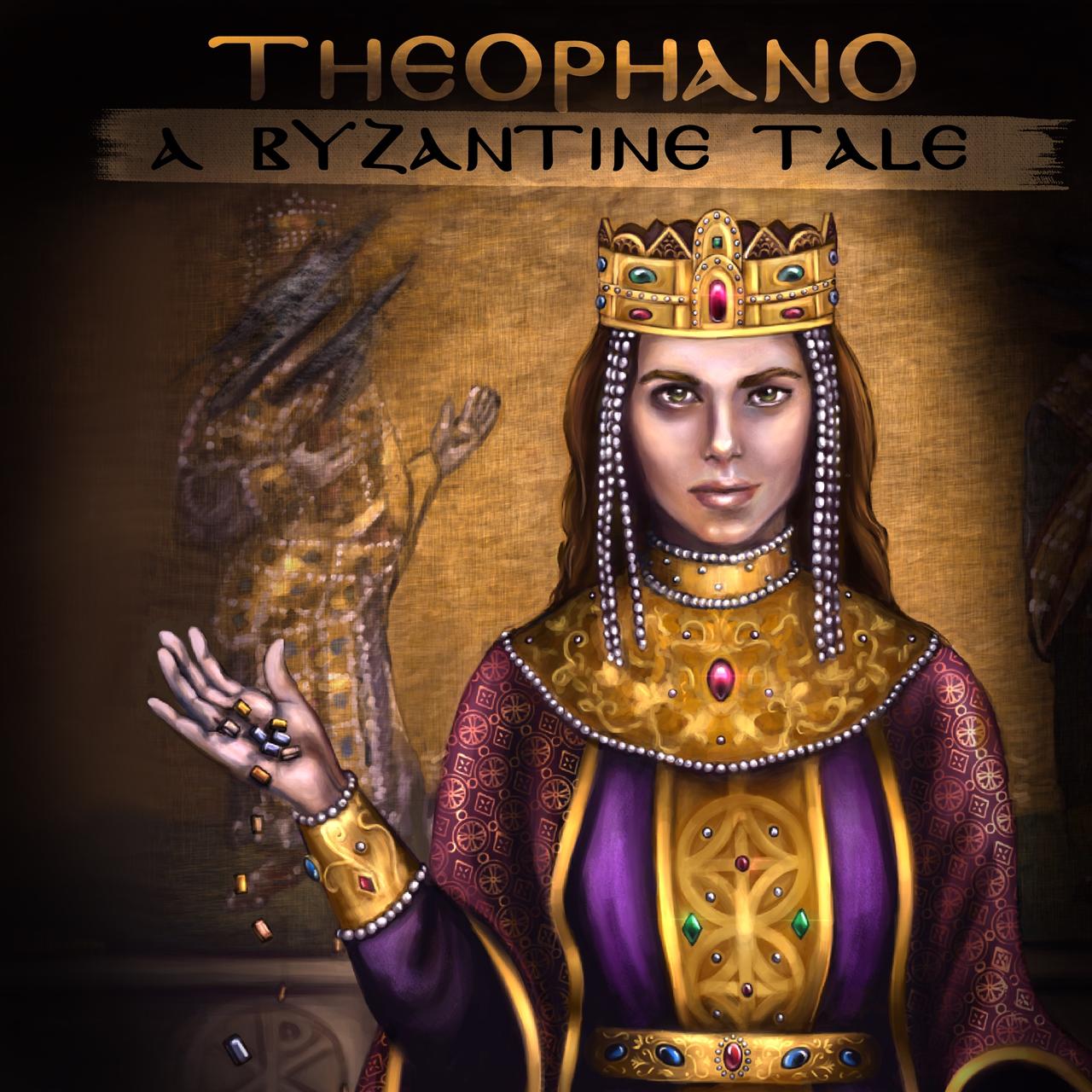